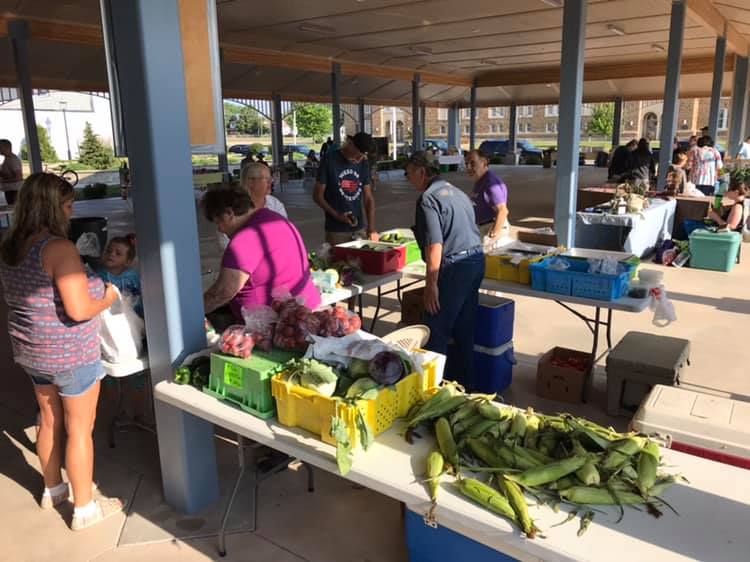 The Escanaba Farmer’s Market is open every Wednesday from 3 p.m. to 6 p.m. and Saturday from 9 a.m. to Noon.  The season runs from the first part of June until  the end October.  It is located at the Escanaba Marketplace at the corner of Ludington 15th Streets.
Vendor ApplicationFarmer's Market Rules

The Farmer’s Market has taken place for over 100 years in Escanaba. According to the “Century Book” published as part of Escanaba’s Centennial in 1963, the relationship between the Farmer and the Escanaba businessman has been one of understanding and cooperation. Herman Gessner, merchant and civic leader, encouraged farmers to bring their produce to town once a week in the summertime and display it for sale. Then through today, the Escanaba Farmer’s Market has been an institution that is popular with both the producer and consumer.